Uggghhh! Get 4 straight days off and the first day a little tickle in the throat, 2nd day the sniffles, 3rd day(today) and we have a full blown winter cold. Miserable and the only thing keeping me alive is Alka-Seltzer Plus.
Posted by fallenmonk at 10:39 AM 2 comments:

Obviously the groundhog thing is crap. Still seriously winter here in the Atlanta area and for sure in the Great Plains. First day off of four (yey!!) and it's windy and cold and we got a boatload of rain last night with more expected today. At least another week or more before things in the garden might dry enough to till....rats. Seedlings are starting to emerge and my schedule says plant the tomatoes, eggplant and some other things this week. Going to have to make room in the heated space under the lights for them and a lot of the pepper seeds haven't peeped through yet. Looks like the extension ladder on saw horses again.

Such a nasty day it is hard to work up enough spit to head out for the gym but I haven't been since Thursday so I must. Then I will come home and do some more seeds. I know it is silly but I get really excited to see those dry little, seemingly inert, little specks of stuff explode into living things. It is just so improbable and amazing.

Tomorrow I am using one of my off days to finally go to the doctor and have the A1C and lipids checked and get Madam doctor to give me a cursory check....overdue. It will be interesting to see her reaction though, since the last time I saw her I was about 80 pounds heavier. I have probably also added about 20-25 pounds of muscle during that time.  I think she will be pleased and I hope pleased enough that with good blood test results she will permit me to stop the last of the medication for blood sugar control and hypertension. I already quit the Lipitor(without permission) about 6 months ago and I'll be interested to see if my diet has kept things under control. Fingers crossed.

To Hell with Quick

Got the latest issue of Cook's the other day and they were touting a "fast" boeuf bourguignon and of course I perused the recipe. It is one of my favorite things and I was curious to see what ghastly steps they had taken to make it "quick". It's ugly. Everything from browning the meat in the oven as well as the mushrooms and onions and adding gelatin to the sauce. I won't be trying the "quick" way I can assure you. What's more I went right out and bought some beef, and mushrooms and am making a batch right now...the Julia Child Way.

I mean really! Part of the fun of such dishes is the time and trouble and care it takes to make. I enjoy cooking and every once in a while it is a lot of fun to take on a classic recipe and make the effort and have it turn out great.

I will admit that even though I follow Julia's guidance for the recipe I do occasionally go off the reservation at the very end. In addition to the sauteed onions and mushrooms I will add pan roasted marble sized potatoes(when I can get them). It brings a little carb to the dish and I will get to avoid noodles(which I adore). The dish should be served with fresh egg noodles but I am still watching the carb intake.

There are plenty of quick recipes out there you can whip up in a few minutes but some things just need to be done the old fashioned way. This is one and so is cassoulet for that matter.
Posted by fallenmonk at 5:32 PM 4 comments:

If you are a wildlife buff then don't forget that this weekend is the Great Backyard Bird Count. You can find out more about it at http://www.birdsource.org. It's very simple and only takes a little while each day and a little time to report your counts for each of the four days (2/15-2/18). Everything you need to know is at the website including downloadable forms.

Note: This is only for proper wild birds and not those you get for cutting off people in traffic.
Posted by fallenmonk at 10:12 AM No comments:

Mark Morford is worth reading today. He uses Coke's Simply Orange orange juice as the symbol of our spiritually poisoned world.

Not only Coke and their Minute Maid and Simply Orange brands but PepsiCo and their Tropicana engineer the hell out of the product. The orange season is only a few months long but through marketing and betting on the ignorance of consumers these and many other Big Ag companies have convinced the public that there are no seasons and that things like "fresh" orange juice is available every day of the year. The OJ you buy in February is going to taste the same as the OJ you by in August regardless of drought, flood or whatever. Of course orange juice is just one example of the disconnect American consumers have with the sources of their food. No one seems to be upset that there are always apples, oranges, grapes, bananas and everything else always at the market at any time of year. Everyone seems to have forgotten the joy of seasons when it comes to the food available. The first tomato of summer, the first crisp cucumber or the first autumn apple. It is a shame.
Posted by fallenmonk at 9:08 PM No comments:

Now that the Grammy's are over for another year, and I have nothing against those that won, it is worth noting that there are some very special folks that never received a Grammy. I find it very hard to believe that at some point the folks listed below never were honored and the list BTW is not complete, just those that I think are some mega talents that have been sorely overlooked.

Seems as if someone has some 'splainin' to do. Can you think of others?
Posted by fallenmonk at 1:44 PM No comments:

Up the Garden Ramp 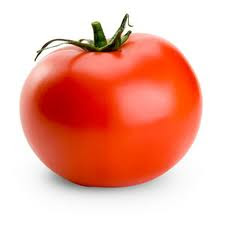 OK, Phases 2 and 3 are complete. Phase One was selecting, ordering and receiving the seeds. Phase 2 was acquiring all the stuff and making a big batch of my special seed starting mix. Phase three was washing and sorting and prepping all the seed starting trays and 9 packs left over from last year. Phase 4 will be filling all of phase 3 with phase 2. The next phases will, of course, be to start getting some seeds going. First will be the slower growing peppers, eggplant and such followed by the tomatoes. Dropped some of the heirlooms from last year as they really didn't do well. I will stick with the Cherokee Purple, Rutgers, Moonglow and a couple of others. Main season this year will be Better Boy and Celebrity. The Better Boy produces a tastier tomato than the Celebrity but suffers a little from cracking if we get too much rain and while the Celebrity is a fine tomato it doesn't seem to crack when the weather doesn't cooperate. If the weather is close to ideal then the tastiest of the red tomatoes will be the old standby Rutgers. Taste wise the Cherokee is the winner but it is usually not a very attractive specimen. I have another day off tomorrow so I should get all the trays filled at least though I am not so sure I will be able to get any seeds going. My goal is to have them going by 2/15 so I have a few days. The tomato target is the first week of March. I got started a wee bit early last year and the tomatoes were a little overgrown and leggy by the time they were ready for the garden in early April.

One little disappointment arrived with the last seed order from Southern States (the only place I found seed for the Dixie Butter Pea. They came coated with Thiram which is an anti-fungal. Now I have to decide whether I lower my standards when it comes to chemicals in the garden and plant them. The ad in the online catalog didn't mention that the seed was treated but I should have suspected it. A lot of the big ag seed suppliers treat peas, beans and corn with Thiram  as well as squash and melon seed. I will probably just wash the seeds very well and go for it. The chemical coating, as minute as it is, will go down the drain and not wind up in the garden. No tests or reports I can find has shown that Thiram shows up in the endosperm of the plant anyway so it won't show up in the fruit regardless.

Anyhow, February is the time to start the march up the long hill to harvest and we are a few steps along. Won't be long before the first seeds are germinating.

I have mentioned it before but you don't really need to spend big bucks on "special seed starting mix" and the local garden store. It is much cheaper to mix your own. It is really simple. I make it from 2 cubic feet of compressed sphagnum peat moss mixed with 2 cubic feat of vermiculite and 1 cubic foot of earthworm castings. Works for me.
Posted by fallenmonk at 4:31 PM No comments:

I'm having a terrible hassle with Word Press blogs. When I try and comment it ignores my username and assigns me some huge ass hexidecimal string instead which, of course, my password doesn't match. Very frustrating. I'm not ignoring you guys...really.
Posted by fallenmonk at 5:06 PM 2 comments:

Great Workout Until The Blood

Little accident at the gym this morning. Workout was going great until I failed to properly reset the bar on the inclined bench. Missed the left side but fortunately my lip caught the bar. Lots of blood from a half inch cut but not missing any teeth and the bleeding finally stopped. Have to be more careful and it was the last set so I didn't miss out.
Posted by fallenmonk at 2:06 PM No comments:

I don't know about you but I find this whole thing absolutely fascinating. The news conference today confirms that the body dug up under a parking lot in Leicester, England is indeed the remains of Richard III, confirmed by a DNA match with a Canadian descendant of Richard's sister.There was a lot of history lost when George III decimated the Catholic church in England but it is nice to know that some is still discoverable.
Posted by fallenmonk at 11:18 AM 1 comment:

Welcome Imbolc the cross-quarter day balanced between the winter solstice and the spring equinox. It's also know as Candlemas,  St. Bridget’s Day, or the Festival of the Purification, or Groundhog Day. For those of us that lean the Wiccan way it is the time in the circle where the crone aspect of the Goddess is replaced by maiden aspect and represents the beginning of spring and the attendant rebirth after after the death of winter. For us gardeners it is the time of anticipating the spring rituals of planting. We have saved our gifts of seed from last year's gardens and will once again return them to our Mother and begin anew the endless cycle.

For some this is Groundhog Day but long before the rodent came to rule the day the ancients had this to say;

If Candlemas be bright and clear,
There’ll be two winters in the year;
If Candlemas bring wind and rain,
Old winter shall not come again!

It looks to be bright and clear this morning in my neighborhood which, if legend holds, means a bit more winter before the warmth of spring wins the day.

h/t to Annie at Balloon Juice for music
Posted by fallenmonk at 8:51 AM No comments: