Still Weather Out There 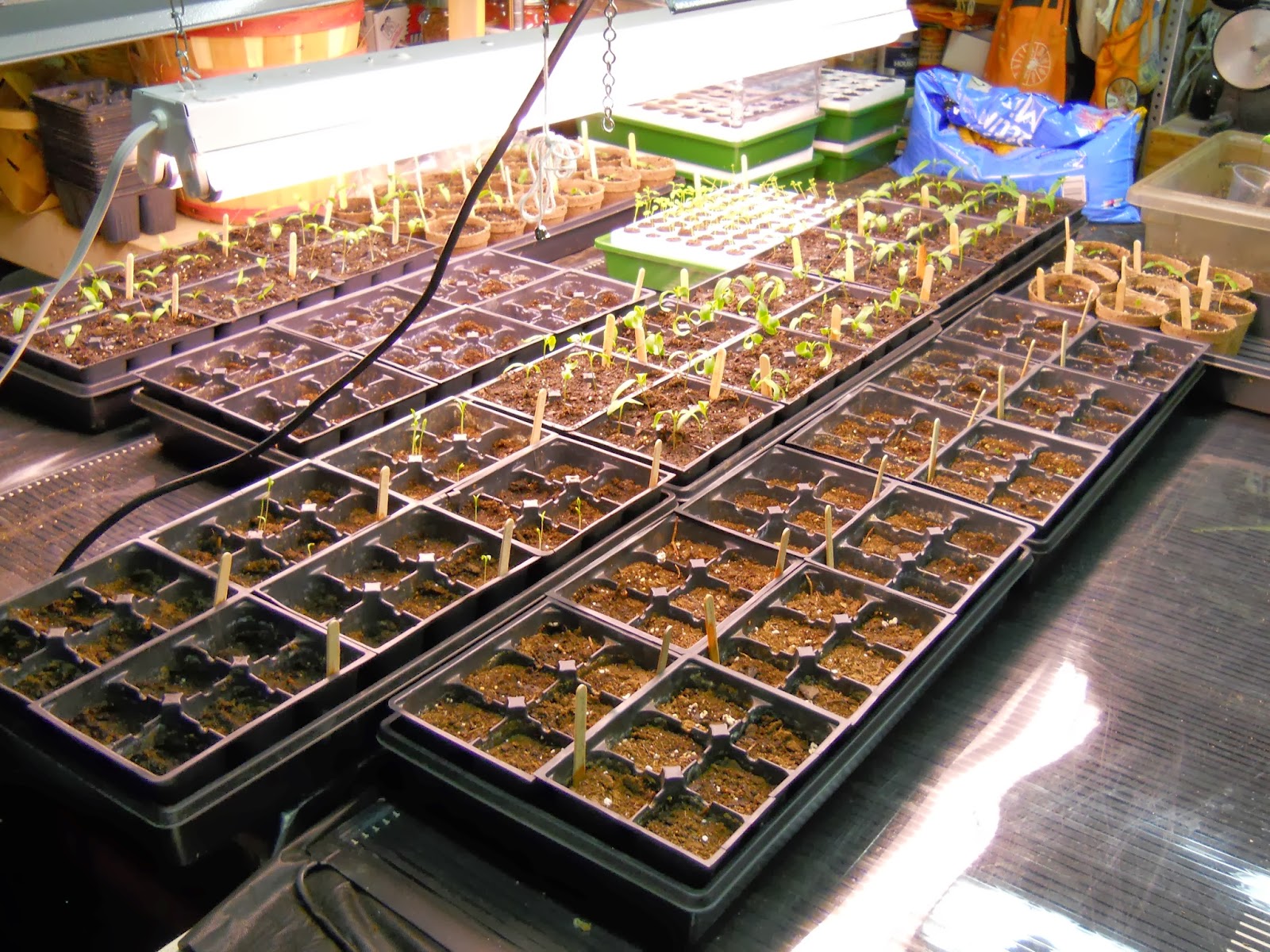 Rain and cold again today so it is inside work. All the peppers have been moved to six packs and into potting soil from the germination trays. As always way too many. Pretty much the same varieties as last year with some dropped and some added. Trying the long cayenne(an heirloom called Joe's) and a large jalapeno called Big Guy. Still have all the heirloom Italian long sweet peppers and the good old California Wonder. Of course there are plenty of Early and Hot Jalapenos as well as a few habanero.

All the varieties of basil are up... Italian, French and Thai as is the Italian parsley. All the leeks, shallots and onions have germinated and are in the greenhouse so I am real close to getting the tomatoes started...as soon as I can make room and move some more stuff from the basement to the greenhouse.

Got a green light from the surgeon to go back to regular activity which is none too soon. Lots to be done if I can get a little cooperation from the weather.

Now that I can dig and carry bags of stuff I need to get my small plot of potatoes started. I just plant a few so that I can have the fun of digging them up. Until I can afford the luxury of plenty of garden space I will just buy my potatoes. I also have to get the peas in the ground when I get a break in the weather. Right now it is still pretty cool and still the occasional freeze so I'll be patient.
Posted by fallenmonk at 3:34 PM